You may know someone who has broken a law as a child. But just what happens when it does? And what is different for children that may not be the same for an adult? You'll figure out here!

Breaking the Law
What laws do I have to break in order to be tried? Well, it depends on the crime. There are two different types of crimes: unruly and delinquent acts. Delinquent acts are laws put in place that a child would break the law, but an adult would not. A delinquent act includes smoking, being out late at night, among others. You may not be arrested the first time for a delinquent act, but I wouldn't do it to see what happens!
An unruly act is much more serious. An unruly act is whenever a child breaks a law that an adult would also be arrested for. These also include the Seven Deadly Sins, which would mean that if someone between the ages of 13-17 were to commit them, they would be tried as an adult. You don't have to know them for this class, but here is the list anyway:
Once you are arrested, you go through these steps, but maybe not the full way: 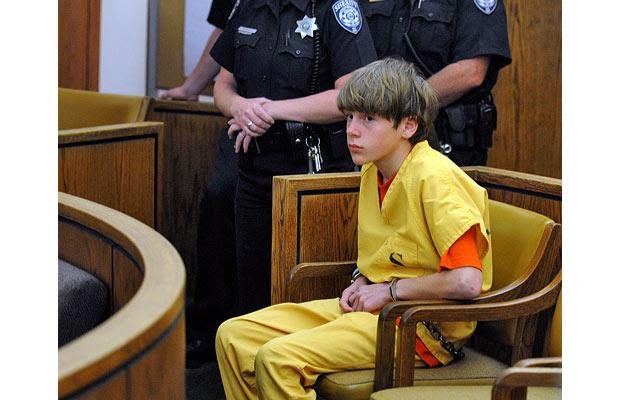 Children have rights that adults do not in court. They have the right to have their parents with them during the justice process, along with the rights that any other citizen would have, such as right to trial by jury and right to lawyer.    ﻿
﻿
Posted by Nimblewillsgrace at 7:03 AM